Shia LaBeouf Says He Was Raped. Will Anyone Listen? 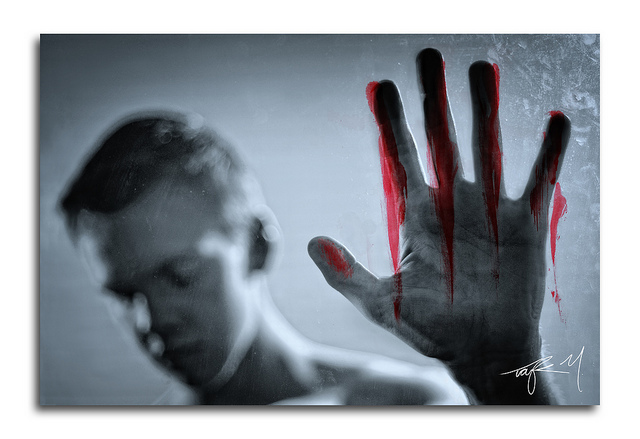 This we know for sure: actor Shia LaBeouf completed a piece of performance art at a Los Angeles gallery for five days in February 2014. Audience members became participants. He told audience members they could each sit alone with him in a private room; he would remain silent and, possibly, passive. After it ended, LaBeouf said he’d been raped by a woman; his collaborators said they didn’t realize what had happened until it was too late.

LaBeouf’s claims of rape have been the subject of much comment. Some reports suggest participants were told – or, at least, believed – they could do whatever they wanted while LaBeouf remained quiet, an idea partially supported by LaBeouf’s reports that his rapist whipped his legs for 10 minutes before making the assault sexual. This has been taken as LaBeouf giving consent for sexual activity. I don’t buy that because I don’t believe you can give blanket consent that excuses someone who commits a felony. If he’d been severely physically assaulted, I don’t think we’d say he’d agreed to be beaten up.

In fact, we know that blanket consent doesn’t include sex. We understand that when a woman (or man) says “I do” at the altar, that doesn’t mean “I always will” in bed. She (or he) can refuse sex with their spouse. If the spouse ignores that refusal, it’s called spousal rape. Shouldn’t LaBeouf’s “consent” have the same boundaries?

I think all of this discussion about whether or not Labeouf was really raped is due to one thing: he’s male.

Others have suggested LaBeouf is responsible and should have expected this might happen. When Marina Abramovic originally performed this piece in 1974 – and LaBeouf’s performance might range from homage to plagiarism – she was physically assaulted and had a gun held to her head. Forty years later, and in a culture where people talk openly about their desire to have sex with the famous, it’s hard to imagine that LaBeouf, his handlers, and his collaborators didn’t discuss the possibility that someone would kiss him, stroke his chest, or go for his cock.

Yet others have written the incident off as the result of bad art. Or LaBeouf’s addiction or mental health problems.

I think all of this discussion about whether or not Labeouf was really raped is due to one thing: he’s male. At the cultural level, the only American image of men as rape victims come from prison movies. It’s Andy Dufresne in The Shawshank Redemption: convict on convict with a healthy dose of physical violence.

For most people, it’s hard to imagine that a guy would ever refuse sex. In response to a report that as many as 40% of young men had been forced into sexual activity against their will, Bill Maher joked that it’s not rape, it’s “getting lucky.” You can find the same comment in stories of 15 year old boys who are raped by their 20- or 30-something teachers. When we refuse to acknowledge that guys might and can refuse sex, we exclude them from the category of possible rape victims (and also take away men’s ability to control their own bodies).

Many people also have difficulty with the idea that men are vulnerable. We like our men tough, whether that’s John Wayne, James Bond, or MMA fighters. We expect professional athletes to “play through the pain.” We didn’t take football concussions seriously until we were able to document the damage through MRIs and autopsies;  retired players’ stories were insufficient evidence. The reality, of course, is that men can be hurt and can’t always “tough it out”; they need to address their injuries and take time to heal.

Refusing to see men as rape victims, and refusing to acknowledge their emotional vulnerability, frees us from needing to address men’s feelings.

Refusing to see men as rape victims, and refusing to acknowledge their emotional vulnerability, frees us from needing to address men’s feelings. We prefer to see men as emotionless Neanderthals, but the reality is that boys and men do feel, quite deeply. When confronted with men’s feelings, we often tell them to “tough it out” and lose patience if those feelings don’t go away within a day or two. Yet much of the damage from rape is emotional, influencing people’s moods and their anxiety levels. Denying male rape allows us to continue ignoring men’s feelings. When those denied and repressed feelings become anger that spills over into suicide, and sometimes into murder-suicide, we wonder why those guys didn’t tell anyone how they felt.

If we genuinely care about the plight of men – our sons, brothers, and fathers – then we need to acknowledge that men can be raped and sexually assaulted. The Centers for Disease Control and Prevention estimates that approximately 1.6 million men will be raped in their lifetime and a total of 25 Million men, approximately 22% of the male population, will be the victim of some type of sexual violence in their lifetime.

We have a lot to gain by acknowledging that men can be raped. Victims will be in a better position to get the help and support they need from loved ones and professionals. This, in turn, will help men lead better, fuller lives and make them more available to other people in their lives. We can start by letting go of our preconceptions and stereotypes of men and, instead, treat them as human beings.

Thank you for raising the issue Shia.

Why Are We Indifferent to Male Rape Victims?

Who Will Be The “Poster Child” For Sexually Abused Boys?