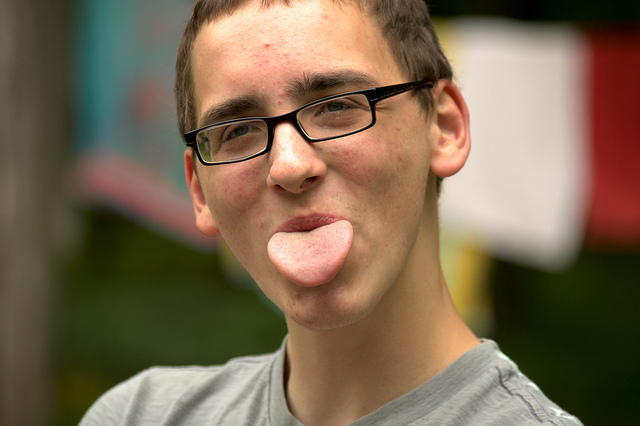 It’s been a newsworthy year for male sexuality. Donald Trump’s claims that he can grab women by their genitals are most recent, but we’ve also had rape allegations against a variety of performers, from Bill Cosby to Nat Turner. The summer included Brock Turner raping an unconscious woman behind a dumpster, his six month jail sentence, the reduction of that sentence to three months for good behavior, his father’s letter to the judge, and his victim’s open letter to the public. If you’re raising a son, this year has been a lesson in what can go wrong.

Take heart. That kind of sexual behavior is not inevitable. In fact, our culture thought much more highly of boys until we met fictional guys like Fonzie, Hawkeye Pierce, and Sam Malone. Three Porky’s and seven American Pie movies haven’t helped either. Over the last two generations, our default understanding of male sexuality has shifted from relational, responsible, and caring to promiscuous, non-relational, and unemotional. Even though our culture promotes the image of guys as players who are just looking to score, most guys have a clear preference for limiting their sex lives to their relationship partners.

Helping your son develop a responsible and mature approach to dating and sexuality isn’t a one-time conversation. It’s a series of discussions you can start at any age. His understanding of what a respectful relationship needs to grow and develop over time. It’ll change as he matures, learns to take other people’s perspectives, and gains more relationship experience.

To teach respect for girls and women, don’t use “like a girl” as an insult because it relies on the notion that girls and women are inherently less than boys and men. If someone is “less than,” then they don’t deserve to be treated with respect or dignity.

Ask him questions that help him understand what the benefits of being in a relationship are: emotional support (“someone who’s got your back”), doing favors (like telling him what happened in school when he wasn’t there or giving him rides), having someone to hang out with, and having someone to be sexual with. Then ask him about the costs by asking if those benefits are provided equally to both partners. You might also ask him who’s spending more money–and if that’s ok–and how he balances time with his partner versus other time demands, like homework, activities and practices, chores and work, family time, and “me time.”

You’ll need to talk to your son about about a range of sexual behaviors. He’s probably going to start with things like kissing and holding hands, so begin there. Ask him how he’ll know when he’s ready to do those things. As he gets older, revisit these conversations and expand them to more intimate behaviors. When family members or close friends get married or pregnant, ask your son how he’d know he was ready for those things. You can also share your decision making process on those life events, including ways your decision making process has changed over time.

You’ll also need to ask your son if he’d ever say no and help him practice how to do that. Because of our stereotypes, many people can’t imagine a boy would turn down a chance to be sexual, but there’s a good chance he’s going to need that skill at some point. Estimates say that 1 in 6 boys are sexually assaulted or raped, with another 1 in 5 giving in to sexual pressure during their high school or college years.

Use TV and movie characters you’re both familiar with to start some conversations. This strategy is ideal for providing the nitty gritty of a lifelike situation instead of a headline. Content that he’s familiar with or can easily imagine will help him think it through. Ask him who is trustworthy, respectful, and a good role model, as well as how he came to those conclusions and what he’d do in those situations. Paired characters who live in the same world can be compared and contrasted; try Charlie and Alan from “Two and a Half Men” or Tony Stark (Iron Man) and Captain America from the Marvel universe.

These conversations might be a little unsettling for you and him, but that’s ok, you’ll all get used to it. You wouldn’t let him grow up without discussing how to handle money, the kind of person he wants to be, or the career he wants, so why is it ok to leave him on his own when it comes to dating and sexuality?

Originally published in the Winston-Salem Journal