How to Buy a Gift for the Man in Your Life 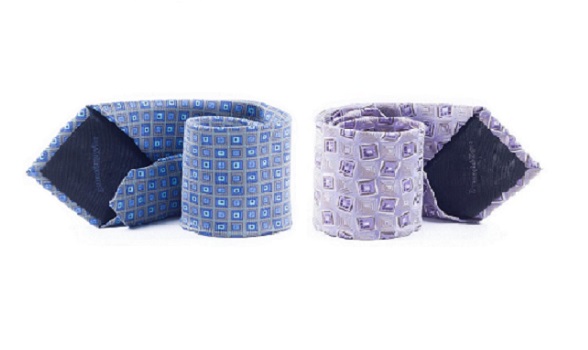 It’s gift-giving time again. If you’re buying a gift for your dad, that special man in your life, or even a guy who’s a friend (but not that kind of friend), you may find yourself struggling to figure out what to get him, especially at the last minute.

Considering a tie? It’s a classic – and stereotypical – gift. The only guys I’ve ever met who really like getting ties are the guys who dress sharply and never wear anything that’s out of season. That’s a guy who will appreciate a new tie. But that’s not most guys.

First and foremost, remember that your gift should be about the man he is, not the man you want him to be. Don’t buy a gift that’s going to push him out of his comfort zone and into a place you’d like him to get to, unless he has explicitly asked for that. For example, lots of folks give their 60+ parents smartphones or computers so it’ll be easier to send them pictures of the grandkids or have video calls. And lots of those gifts never really get used and become sources of frustration and hard feelings. There’s a reason: that’s a gift for you, not him.

If you want to give him a gift he’ll really like, think about what he does in his free time; that’s the same thing you do for the kids in your life. What websites, TV shows, magazines, etc., does he choose? When he has time, is he always fishing or watching a game? Does he routinely fix stuff around the house that doesn’t really need fixing and then tell you about the improvements he’s made? Does he always talk about the great trips he’s taken or the performances and shows he’s seen? If the answer to any of those questions is yes, then that’s where you should start shopping. You should be able to find appropriate merchandise, or at least a gift card, with little effort. You might even ask him if there’s a particular piece of equipment he wants or needs. Buying tickets to a game or performance, especially if he used to go regularly but hasn’t been in a long time, can also be a great gift. A pre-paid round of golf or a charter fishing trip can also make great gifts.

If you genuinely want to spend time with him doing one of his things, include yourself, but only if you’ll be able to enjoy the activity too. If you spend the whole time staring at your phone or are grumpy, he’ll notice even if he doesn’t say anything. You can always buy him two tickets and let him choose who to take.

We don’t usually think guys are sentimental, but most are. Especially when it comes to their kids or their sweetie. For dads, that sentiment is probably accompanied by pride in your accomplishments. Go through some of the pictures you have and put together a collage showing the things the two of you have done together. If he’s got an office, you might even aim for something he can hang on the wall or put on his desk.

For your dad or long-term partner, you might put together pictures or mementos from some of the “simple” things the two of you used to do together. If logistics allow, visiting a favored ice-cream parlor or diner can be particularly meaningful.

If it seems like it’s more difficult to be for him than for her, that’s not your imagination. Here in the US, we’re told men and women are different and should be different. As a group, women get many more lessons in how relationships work and how to maintain them; as part of that, they’re taught to both drop and recognize hints. Most guys don’t get that training, so they’re not very good at it. When we teach boys and men to be self-reliant and self-supporting, we teach them that dropping hints violates those rules (because it emphasizes interdependence on someone else). That’s a lesson that guys who see themselves as fairly traditional or quietly useful take to heart.

Boys and men are taught, in millions of ways big and small, that they’ll be measured by what they do, not by how they feel. This training is part of the reason why men often try to solve (women’s) problems instead of listening to how someone felt when the problem occurred. For the male gift-recipient, the gift may carry carry as much weight as the feeling behind it because he has no doubt about your feelings and doesn’t need to be told again. So if you’re thinking about a gift where you have a heart-to-heart and tell him just how important he is to you and what a big impact he’s had on your life, skip it. If he’s uncomfortable talking about his feelings on an average day, why would he be any more comfortable doing it on this special day?

Do your homework and you’ll be able to find a gift that truly speaks to him, a gift that he’ll remember and appreciate and use for a long time.